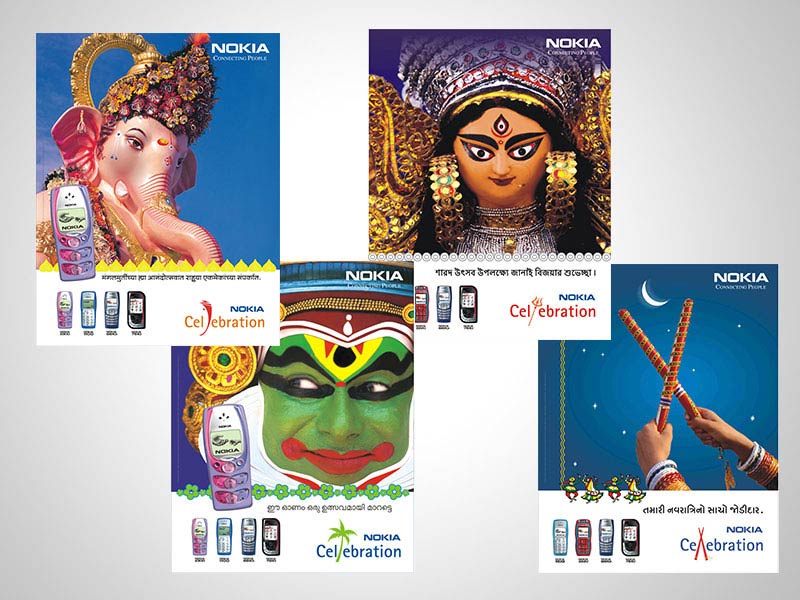 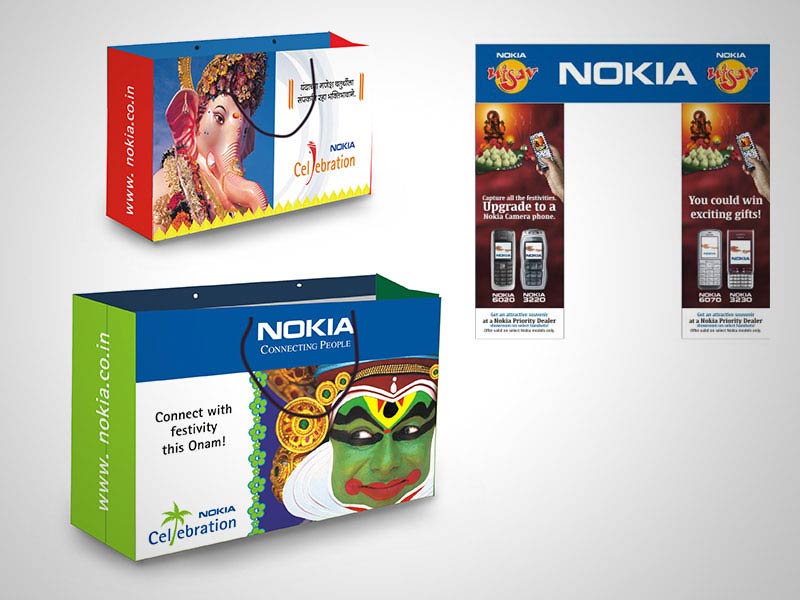 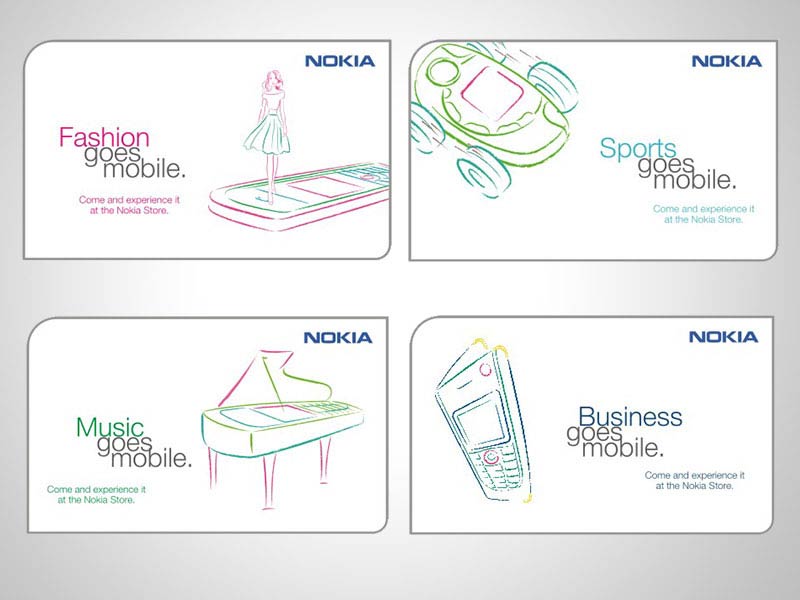 The mall culture has caught up in India and brands use these high footfall areas have become brand managers favourite place to launch or announce any new brand or an initiative. Nokia chose the then newly opened R-Mall in a suburb of Mumbai to launch their first store in Mumbai.

Since it was Christmas, Collateral presented a concept that tied up the brand with the festival. The thought was simple, ‘what are the two things that come from Finland?’ the answer was – Santa Claus and Nokia! So we went to work and got the two together, made the Santa Claus don the Nokia blue colours! The result was stunning and attention grabbing! People in Mumbai had not seen a Blue Santa and that drew crowds at the mall. Collateral designed large cut-outs for the Nokia E90 the communicator that was launched. As a part of the launch plan there were about 25 promoters dressed as the Nokia Blue Santa’s moving around the mall and interacting and extolling the features of the Nokia E90 and directing them to the Nokia store launched in the mall. The launch campaign was a hit and the Nokia had a large number of footfalls.