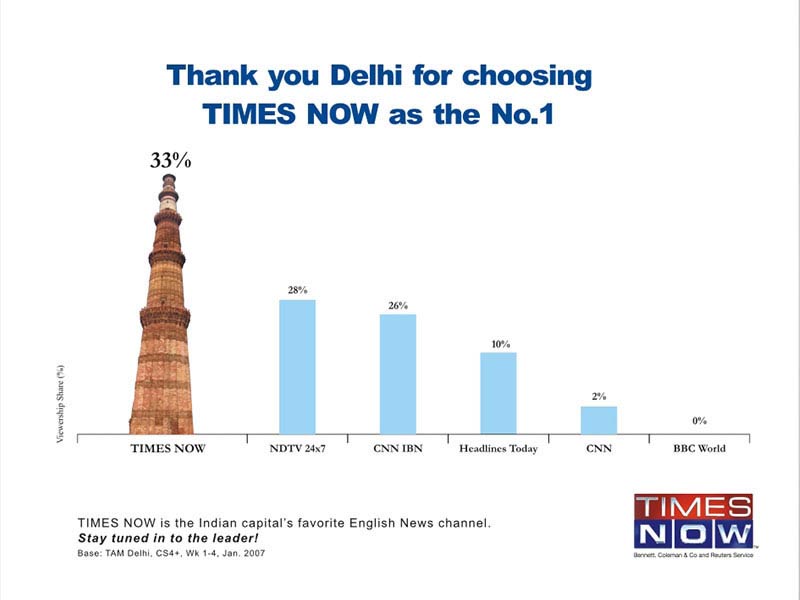 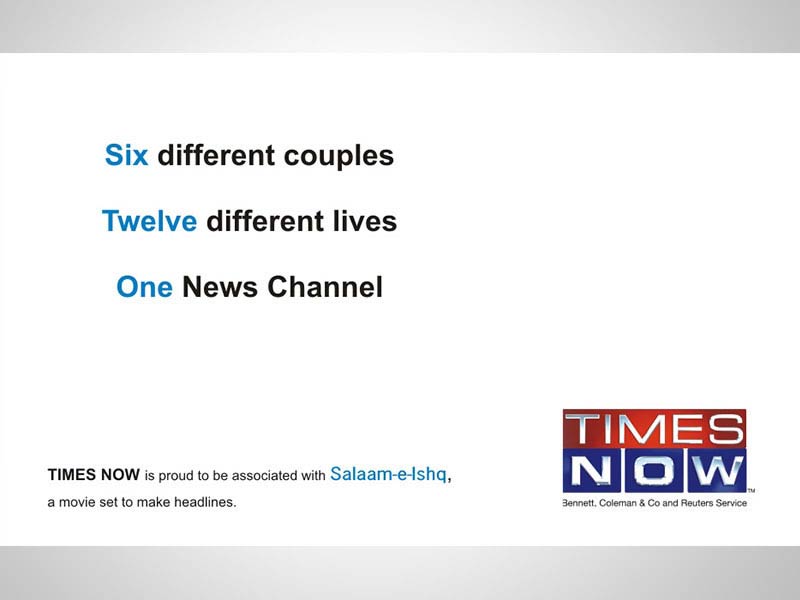 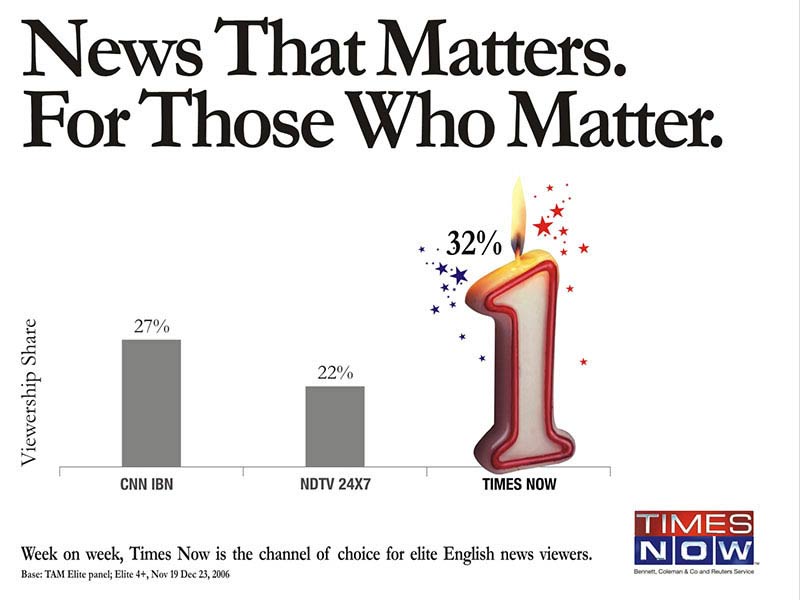 Times Now, a Times Group television channel was a logical extension of India’s No. 1 English daily newspaper the Times of India. Being the news leader in print media, the group has all the required armament to start an English news channel. The experience of broadcasting software was already in-house with ZOOM, the channel that covered Bollywood.

Collateral, known for its quick, tactical work, which is a cardinal requirement of the news channels was roped in to design print advertising for Times Now.

As expected the briefs came in late evening, post the number crunching was done, the space booked in the next day’s Times of India and relevant print media, mostly in the group publications. Collateral designed the ad, mails were sent, approval or changes were received over the phone, revised layout was sent and the final artwork! On occasions there were city-wise figures that required a customised visual treatment. All done and in time, each time. Or should we say we stayed in tune with the Times!